How Long Does It Take to Build Muscle?

If you’ve recently started training hard and eating right, you’ve probably wondered, “how long does it take to build muscle?”


Well, the long and short of it is that there’s no one set answer for every person. Each of our bodies will respond slightly different to training. Furthermore, the speed and amount with which you will build muscle will depend on a number of things, not just how many times you hit the gym each week.


Here’s a small sample of factors that will affect how fast you can build muscle:


And on the list goes, but as you can see, there really isn’t a concrete answer to give every person in every situation for how quickly then can build muscle.


The reason for this is pretty simple -- we’re all different and the rates and quantity of lean gains is highly variable from one person to another, and it’s virtually impossible to predict how much muscle a person can build in a given amount of time.

PA Max supplies 1500mg Mediator Phosphatidic Acid which has been shown in research to support gains it muscle, strength, and body composition. 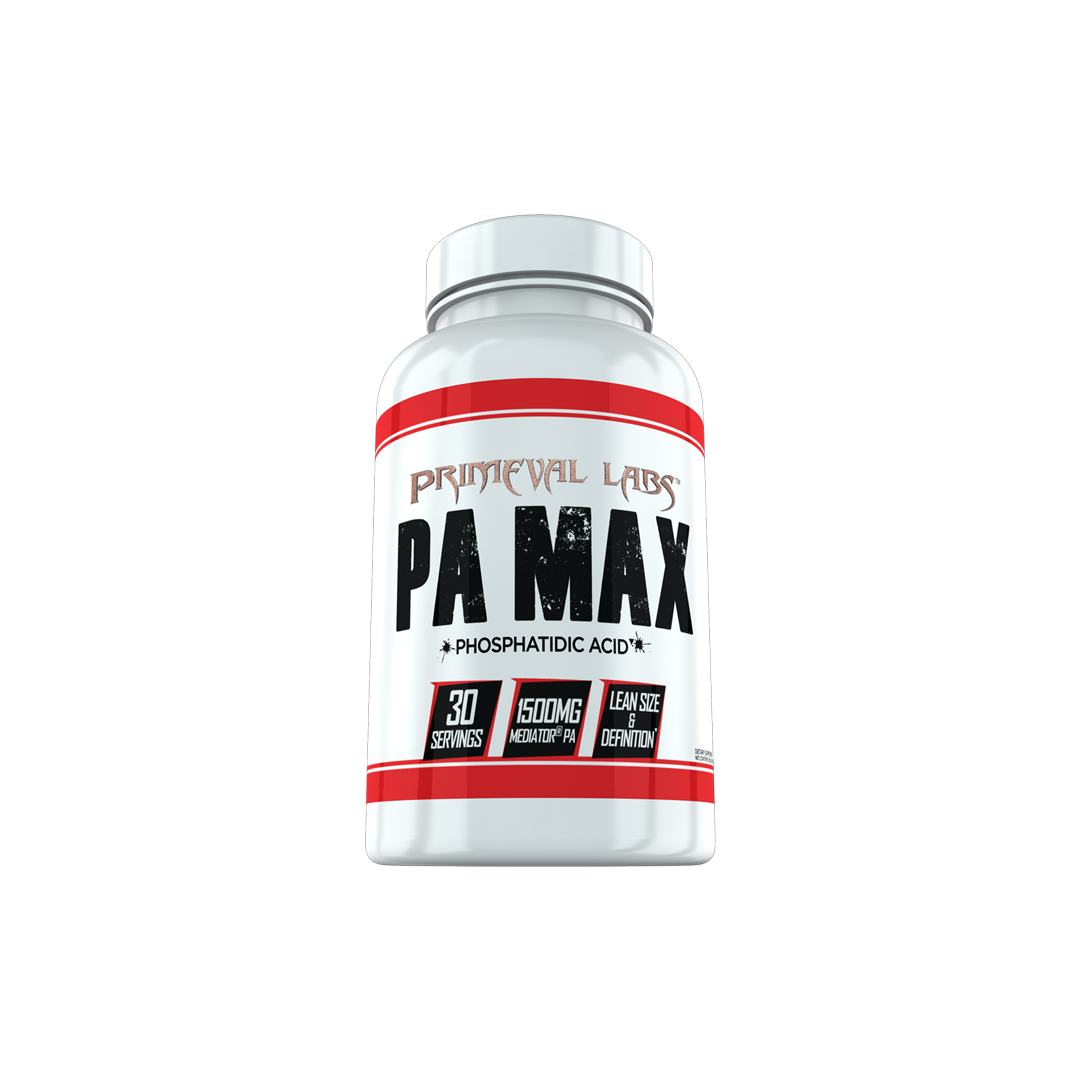 Now, all of that being said, we can give you some rough ideas for rates of muscle gain so you have a grasp on what you can achieve in the coming weeks, months, and years. And, by having a realistic view of what kind of results are possible will help you avoid program hopping, searching for quick fixes, or falling prey to the latest fitness fads.

How Quickly Can I Build Muscle?

For beginners, a trainee can expect to add around 10 pounds of lean mass in the first 3-4 months of training.


And, if you do happen to be doing everything just right...and you’re relatively new to training...you can expect so pretty significant gains.

For instance, one study found that a few “high responders” were able to add 15 pounds of muscle in only 12 weeks![1]


Another study using novices observed that individuals were able to gain 12 pounds of muscle over the course of 10 weeks.[2]

Still, even if you are doing everything right, due to inter-individual differences (the way people respond to training), another person may only gain five pounds of muscle in the same time frame -- even if they did everything the exact same way as the first person.


Now, up until now we’ve made a few assumptions. Namely that you’re a training novice and doing everything you should be doing in order to facilitate muscle growth.


But, what happens if you aren’t doing everything as it should be done?


Well, the rates of muscle gain will be substantially less.

Another factor to consider when assessing how long it will take to build muscle is your training “age” or experience. If you’ve been diligently training for years, the gains will come slower than they would if you were relatively new to training.


This is because we all have a genetic limit of adaptation. Basically, there’s an “upper limit” to how much muscle each person can naturally build. The closer you get to your limit, the harder you have to work to get a smaller increase in size and performance.

However, if at one time in your life you used to train quite regularly and then took a long layoff from training (injury, marriage, kids, or just not wanting to hit the gym), then you will make gains pretty quickly.


The reason for this is that rebuilding muscle that was “lost” takes a lot less time than building new muscle tissue from scratch. This is due to the phenomenon known as muscle memory.


Research has shown that when an individual gains muscle, then loses it, the gain it back more quickly that it took them to initially build that muscle the first go round when they were untrained.[3]

Now, while this phenomenon is called muscle memory, your muscles aren’t actually “remembering” anything like your brain remembers facts. The term is referring to the fact that the concentration of nuclei in muscle cells increases when you lift weights, and you’re muscles also grow bigger (hypertrophy).


However, when you stop training for prolonged periods of time, your muscles will shrink, but, the nuclei do not go away. As a result, when you start training again, the extra nuclei “remember”, enabling your muscles to grow back to their old size more quickly.


In other words, if you were a jacked and tan athlete during your younger days, then took a hiatus upon entering adulthood, you’ll gain that muscle back pretty quickly when you do start hitting the weights again.

Can Anyone Build Muscle & Strength?


Every person is capable of building muscle and strength. You may not be able to build as much as your buddy at the gym, but that doesn’t mean you’re not making any gains.


Some people will respond better to certain training programs than others. That’s just the way life is.


Case in point, is this study which involved 56 young (18-30), healthy men and had them follow the same training program for 12 weeks. At the end of the trial, researchers noted that the “high responder” group gained nearly four times more muscle than the “low responder” group.[4]


In the study, researchers noted:


“However, human subjects demonstrate large variability in their responsiveness to progressive RT. Factors such as sex, age, diet, physical activity level, and previous training status have been postulated to affect the degree of muscular adaptation (16, 50). Interestingly, previous studies (5, 24), as well as the original study on which this work is based, showed considerable variation in the extent of training adaptation, even when many of these variables are controlled (22).”[4]


Basically, even when controlling for certain variables (training program, diet, experience levels, etc.), individuals will respond differently to a given training program.


These differences don’t apply solely to building muscle either. Researchers have also found that strength gains can vary substantially amongst similar individuals following the same program.[5]


Also, keep in mind, that just because a person was a high responder to one program doesn’t mean they are high responders to all programs. Furthermore, studies have found that typical “hardgainers” (i.e. low responders) are capable of making substantial gains.[6]


They just may need to increase their training frequency or volume to make the same amount of gains as high responders.

Building muscle requires grit, determination, and patience. Muscle building is a time and labor-intensive process...considerably more so that fat loss.


If you’re relatively new to training, you can expect to build muscle fairly quickly, and it’s not uncommon to add up to 10-15 pounds of muscle in your first few months of training (provided you’re doing everything right).


The more experienced you are, the longer it takes to build appreciable amounts of muscle mass, and generally speaking, the more work you have to complete to make those gains.


The lone exception is if you previously had a lot of muscle and then took a considerable amount of time off. When you do start training regularly again, you will regain that lost muscle rather quickly due to muscle memory.


Finally, anyone and everyone is capable of building muscle and strength, even the hard gainers. If you don’t find much success after running a program for several months, it may not be the right one for you due to not having enough (or having too much) volume, intensity, or frequency.


But, that’s the beauty of a life dedicated to the iron -- the journey to find what works best for your body.